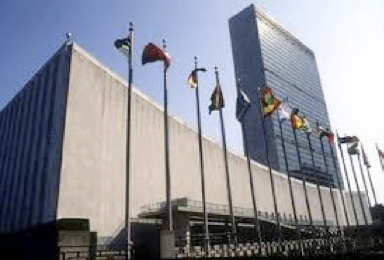 Next week, on 4 March, the 57th session of the Commission on the Status of Women (#CSW57)

opens at the United Nations Headquarters in New York. It will convene governments, activists, media and private sector partners from around the world to discuss how to prevent violence against women and girls and improve services for survivors everywhere. We are excited about the momentum and opportunity that CSW57 brings!  Are you?

Make some noise leading up to CSW57! Join this Thunderclap to tweet in ONE voice and demand an end to violence against women and girls.

Many of you have been asking us what Thunderclap is. It’s a new crowdspeaking platform that will store our tweets and release them all together on 4 March. The more tweets we gather, the louder our message.

Stay tuned to www.saynotoviolence.org for news and updates from CSW57 and new actions from around the world.

If you are organizing a campaign or event to end violence against women and girls, don’t forget to post it on www.saynotoviolence.org or write to us!

Ending violence against women and girls starts with us.