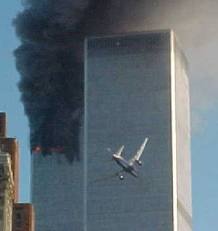 Since 11 September 2001 the world has changed but is yet the same, says General Secretary of European Council of Religious Leaders – Religions for Peace (ECRL), Stein Villumstad, referring to the attack on Word Trade Center ten years ago.

Large and lasting military interventions have been launched and human rights have been seriously threatened under the banner “war on terror”. Hate speech motivated by misguided religious interpretations, ethnicity and extremist ideology are still spread in the street, the media and on internet, - threatening our peaceful co-existence. The increasing gap between poor and rich provokes deep frustration and anger, and challenges us all to work for human dignity. ECRL calls for a culture of peace as the sustainable solution in our increasingly interlinked world.

ECRL urge all religious leaders and people of good will to promote policies and decisions that further peace.  As followers of different religious traditions we should jointly lift our voices against forces that promote violence and block dialogue. Through our joint efforts to alleviate humanitarian suffering and fight extreme poverty we should be ambassadors of peace, inspired by our religious texts and values. ECRL will continue promoting interreligious dialogue and joint action from the local communities to national and international leaders in Europe. Religious leaders should with humility explore their own communities critically to confront misuse of their religious tradition to promote violence. ECRL will be open to cooperate with all religious and secular people and institutions of good will that are promoting the basic values of a culture of peace.

ECRL was founded one year after the 11 September attack, and on that occasion stated: “As ECRL works with our European religious communities and institutions to end conflicts, to reaffirm religions' rejection of terror, and to promote justice and peaceful coexistence in Europe and the world, we are aware that our religious traditions, each in their own way, call us to hope. Strengthened by hope, we accept the challenge to build peace together.”

The statement is still valid.